GAMIFYING AN ENVIRONMENTAL CAUSE 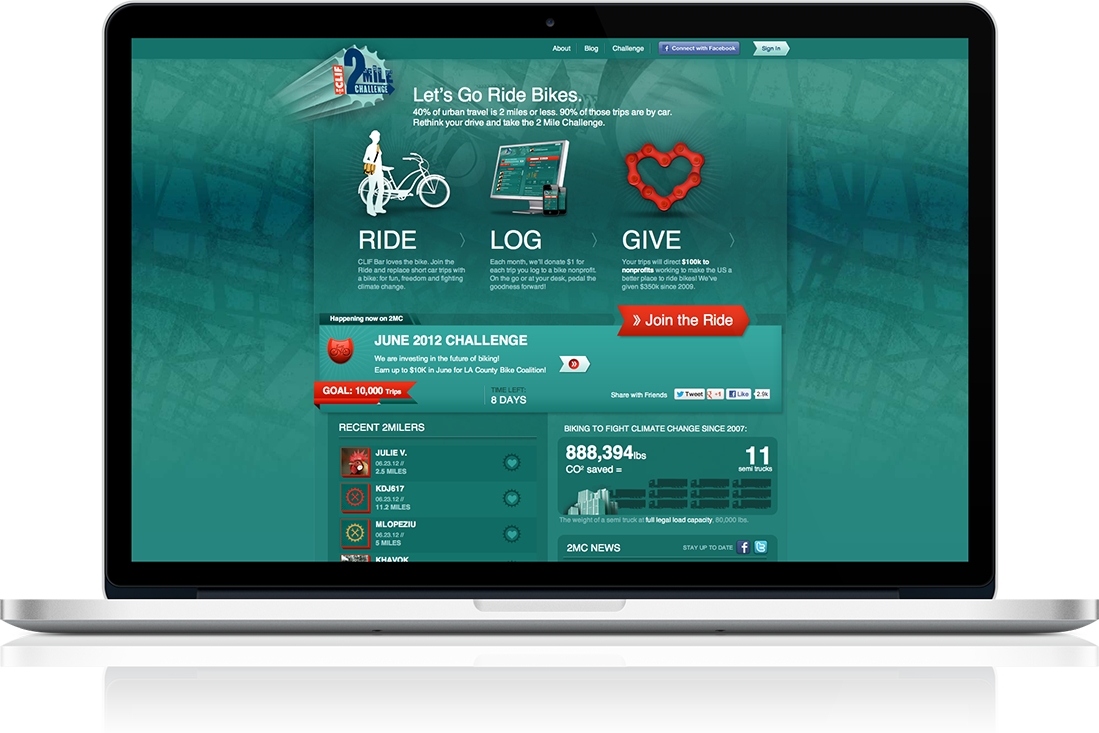 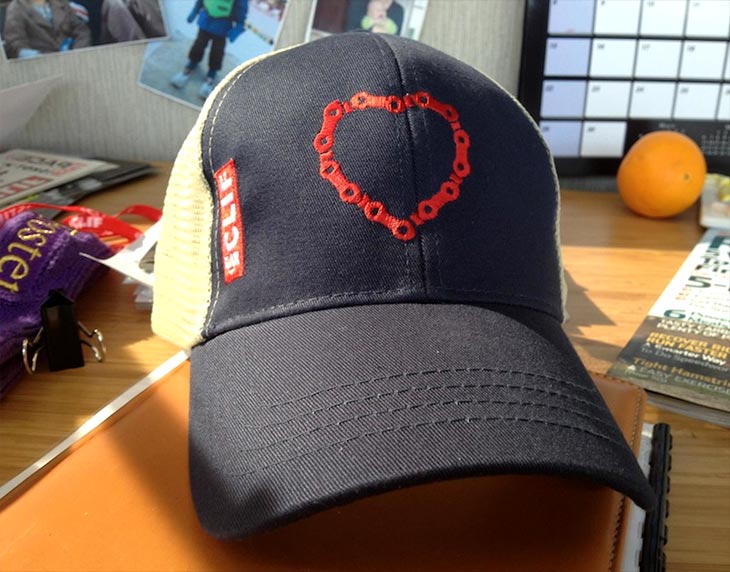 Clif Bar created 2 Mile Challenge to get people on bikes to fight climate change. Most urban travel is 2 miles or less, so replacing these short car trips with bike rides reduces carbon dioxide emissions. Each month, 2 Mile Challenge would benefit a local nonprofit by donating $1 for every bike trip logged to the site.

Members could conveniently log their bike rides and access a detailed dashboard of their trips, distance and amount of CO2 saved. Data was pooled together to create real-time data visualizations that illustrated the amazing achievements that are possible when people work towards a common goal. 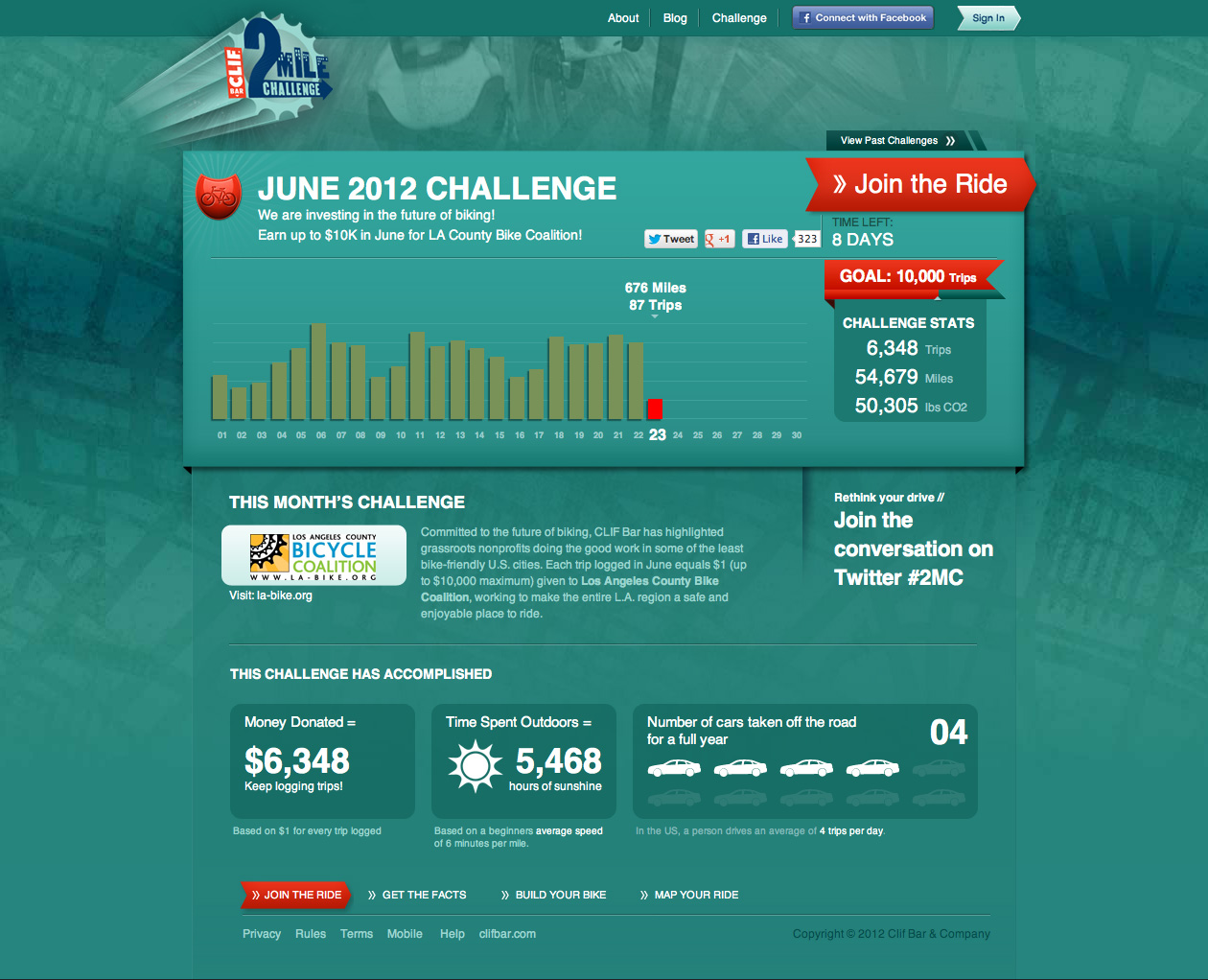 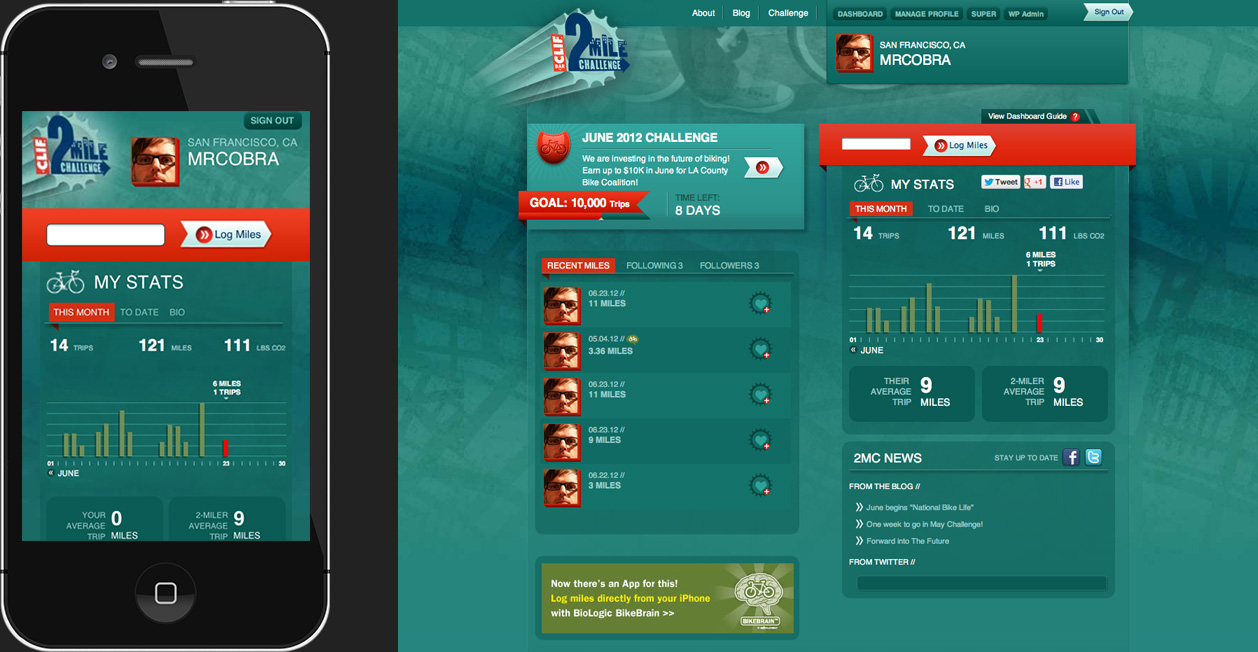 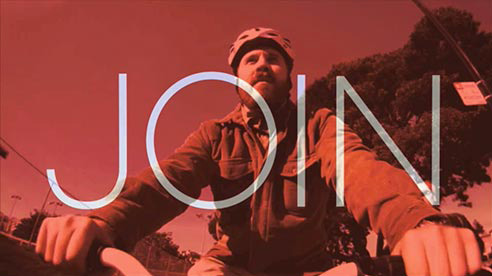 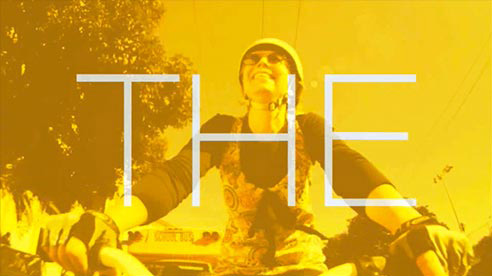 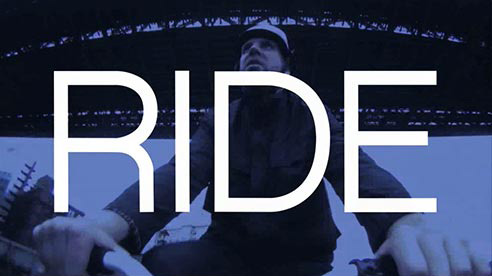 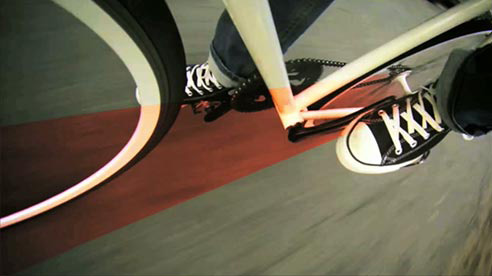 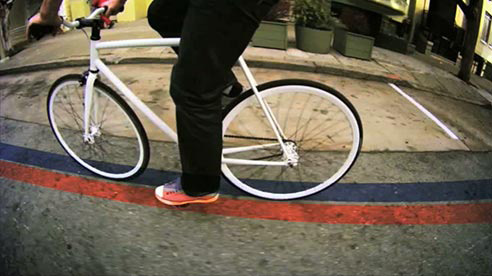 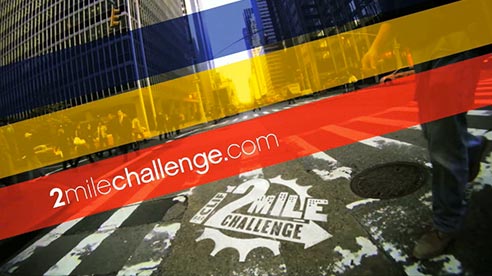 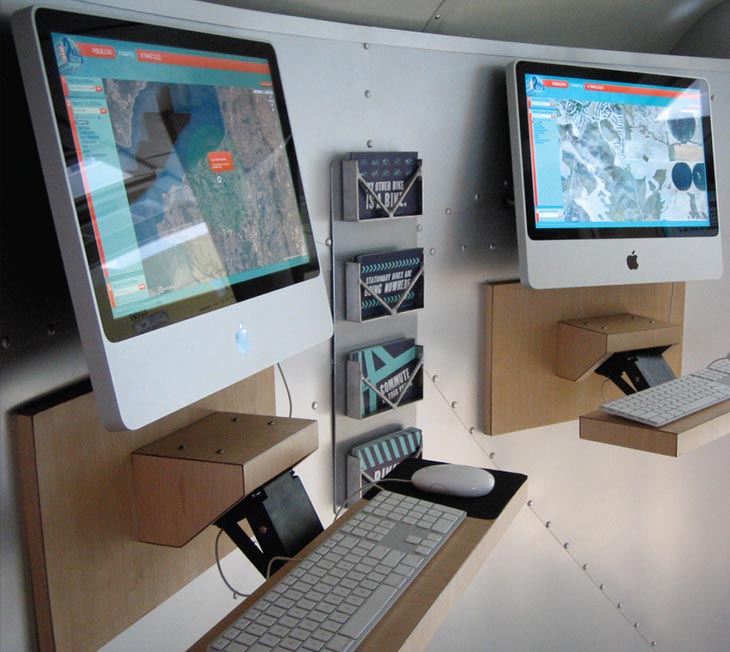 Initially, the program was a interactive exhibit housed in a biodiesel bus that toured the US. Cobra first created a video for the bus in 2007. In 2008, that evolved into creating interactive kiosks for newbies to explain the variety of bikes and basic accessories to help get them on the road.

In 2009, the initiative went online-only with a game that generated a highly engaged community. The program pivoted from simple individual pledges in 2009, to complex peer-to-peer challenges with multiple teams in 2010–2011, to the 2012 monthly site-wide challenges before being retired. The project was listed in 2009 SXSW Awards and the 2011 Comm Arts Interactive Annual. 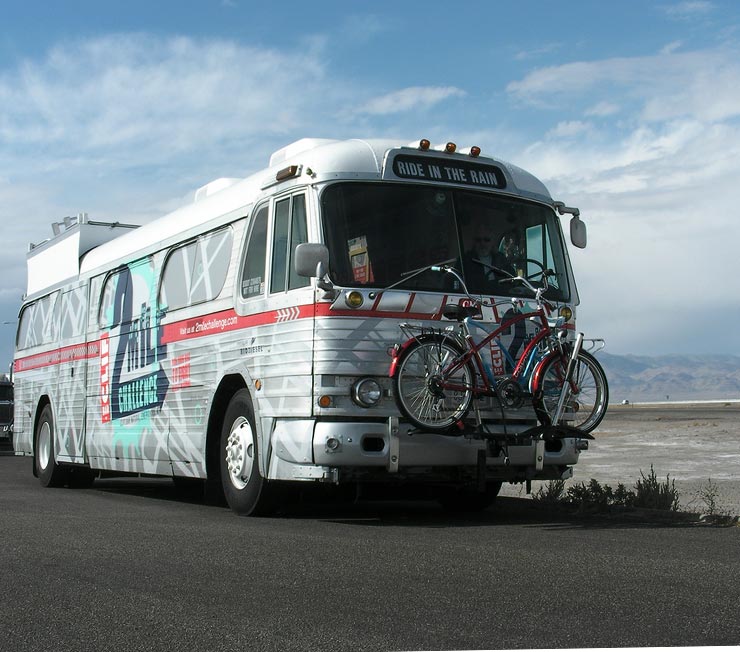 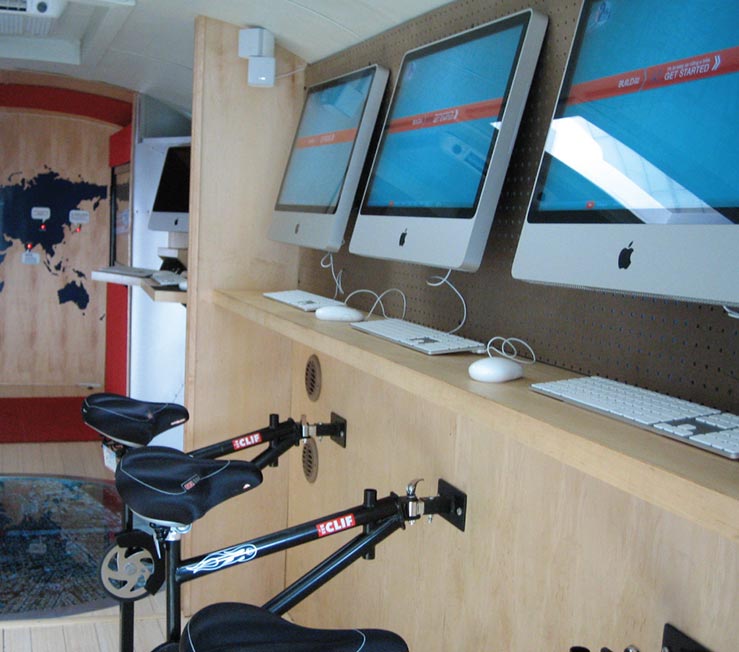